ENG ITA
SEARCH
Henry Tate was a British entrepreneur who was known for his role as an innovator in the sugar industry. A philanthropist and collector, his name remains linked to a group of art museums he helped create and fund.

Henry Tate was born on March 11, 1819 in Chorley, northwest England, the eleventh son of Reverend William Tate and his wife Agnes.
At age 13, he moved to Liverpool to work in his brother's grocery store. Tate had a good work ethic and soon developed a sharp business sense. Within a few years he opened his own store, developing it into a chain of stores by the time he’d turned 40. In 1859 he began to work in the sugar industry.

Tate joined John Wright & Company, which specialized in sugar refining. Business flourished, and he sold his first store and purchased a refinery. When John Wright retired, Tate bought his shares in the company and founded Henry Tate & Sons, run by Tate’s sons Alfred and Edwin.

Around 1870 the energy industry entered a crisis. A number of companies struggled as a result. Tate responded by introducing a series of innovations. The Greenock method became his standard. By boiling sugar in a partial vacuum and at low temperatures, Tate reduced caramelizing, streamlining production.
He also imported new refining methods from France that made use of lime and carbonic acid.

In 1875, he purchased a sugar cube patent from the German engineer Eugen Langen. The production and distribution of sugar cubes became Tate’s greatest commercial success, helping transform the simple, family-owned Henry Tate & Sons into a major national industry. By now a millionaire, Tate turned his attention to philanthropy and art.

A shy and diffident man who disliked public ceremonies, Tate’s donations to universities, libraries and hospitals were often made behind closed doors.
He became one of world’s most important art collectors. The British government received 65 paintings from Tate, and he financed the construction of a new museum in London, the National Gallery of British Art, better known as the Tate Gallery.
Designed by Sidney Smith, the neoclassical museum was inaugurated by the Prince of Wales on July 21, 1897. Today, it is a highly prestigious collection that includes artwork from the last three centuries of European art. Thanks to his accomplishments in industry and culture, in 1898 Tate was awarded the title of baronet.

Sir Henry Tate died at his home in Streatham, near London. He was 80.
There are now four museums in Britain that bear his name, including the Tate Modern, which is considered one of the most important contemporary art centers in the world.
RELATED 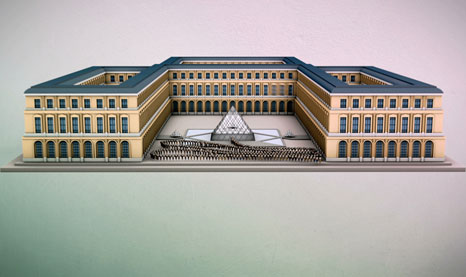