ENG ITA
SEARCH
American oil magnate John Davidson Rockefeller was the first billionaire in the history of the United States. He was born in Richford, New York on July 8, 1839. His father was a small-time con man who sold fake cures for cancer. His mother, on the other hand, was an honest, religious woman who taught her son the value of hard work and dedication. Rockefeller earned his first profits when he was a child, breeding turkeys. At 16, he worked as a bookkeeper, and before he was 20, he founded a company that dealt with foodstuffs.

During the American Civil War, Rockefeller accumulated a small fortune when the price of wheat skyrocketed. In 1863, he invested in an oil refinery in Cleveland, Ohio. He used his first profits from the enterprise to improve the structure of his facility. Rockefeller personally oversaw every phase of the refining process, down to the manufacture of oil barrels. He introduced the practice of recycling discarded oil as a lubricant, and was the first entrepreneur to use tanker wagons to transport oil, cutting costs by establishing favorable agreements with railroad owners.

Rockefeller’s refinery soon became the largest and most productive in the world. He founded a new business, the Standard Oil Company and Trust, in 1870. After buying almost all of the refineries in Cleveland, he started to expand into the rest of the country. Whenever a competitor refused to sell his company, Rockefeller blocked his rival’s business until it went bankrupt and then took possession of the company at a discounted price. With Standard Oil, he came to control almost all of America’s oil market. Rockefeller’s wealth broke the threshold of a billion dollars, an amount no one had ever earned before. In 1896, he began to suffer from an illness, perhaps caused by stress, which made him go almost completely bald. He stepped down from the head of his company in order to take care of his health, but remained principal shareholder in the business. After his retirement, Rockefeller spent millions of dollars on charity projects. Among his various initiatives, the most outstanding was the Rockefeller Foundation, a philanthropic organization dedicated to education and health care.

In 1911, the US government acted to counter what it considered Rockefeller’s excessive power. Standard Oil’s monopoly on fuel was declared illegal. Authorities broke the company up into 34 smaller businesses. Some of them, such as Exxon, have developed into worldwide economic powers. Rockefeller died on May 23, 1937 at his house in Ormond Beach in the state of Florida. He was almost 98. He left a legacy of more than 300 billion dollars. In his day, he was the richest man that ever lived.
RELATED 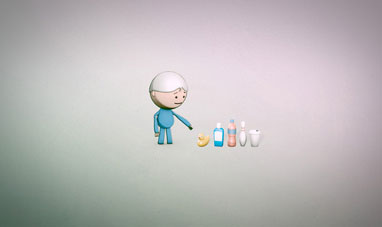 WASTE IN THE WORLD