ENG ITA
SEARCH
Walt Disney, American director, animator and businessman, was the father of some of the most beloved movies and characters of all time. Disney was born on December 5, 1901 in Chicago, Illinois, but soon moved with his family to Kansas City, Missouri. Disney drew comics beginning at an early age. He dreamed of making cartoons. In the early 1920s he moved to Hollywood, the capital of the film business. In 1923, when he was 22, he founded the production house that would become the Walt Disney Company. Disney’s first animated cartoons achieved modest success. Oswald the rabbit was one of his most loved characters.

In 1928, Disney had a disagreement with his financial backers, who made him give up the rights to Oswald. As a result, Disney and one of his illustrators, Ub Iwerks, were forced to invent a new character to take the rabbit’s place. Mickey Mouse was born. Mickey was the star of some shorts, among them Steamboat Willie, one of the first cartoons to synchronize both sound and image. Disney himself provided the voice for Mickey. From the beginning, Mickey was accompanied by his fiancée Minnie and the villain Pete. Many other characters, including the distracted Goofy and the short-tempered Donald, were eventually added.

All the Disney characters became very popular. But Disney still wanted to make a feature film. In 1937 his first full-length animated film, Snow White and the Seven Dwarfs, was released. It used Technicolor, which made it possible to use particularly vivid colors. The film was an enormous success. During the next 30 years, Disney produced dozens of films including documentaries, shorts, animated films and feature films with live actors. Many of Disney’s animated features became classics, such as Fantasia, Cinderella, and 101 Dalmatians. Over his lifetime, Disney would win a total of 26 Academy awards.

At the end of the 1940s, America was caught up in McCarthyism, an anti-Communist fervor. Suspected communists were persecuted in so-called “witch hunts.” Disney denounced some of his workers as being pro-communist. Afterwards, within an atmosphere of growing suspicion, Disney would be accused of the same “crime.” In California in 1955, Walt Disney inaugurated what would become the most famous theme park in the world: Disneyland. A few years later, Disney unveiled plans for an even bigger park, Disney World, to be constructed in Orlando, Florida. Unfortunately, Disney wouldn’t live to see it completed. On December 15, 1966, Walt Disney died at the Burbank, California headquarters of his Walt Disney Company. He was 65. The company survived its creator. Today, the Walt Disney Company is one of the largest media corporations in the world. Steve Jobs is the company’s single largest individual shareholder.
RELATED 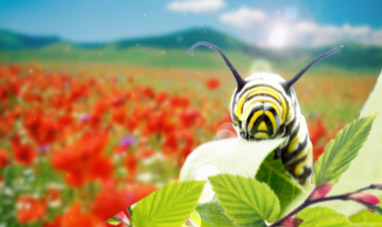